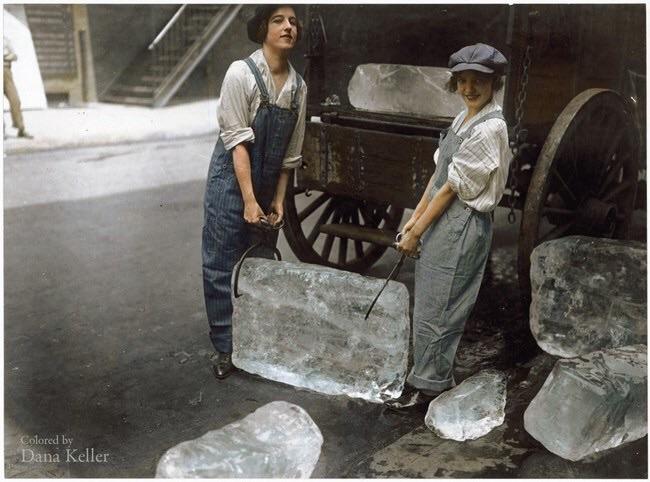 Refrigerators are so commonly-used these days, we take for granted how easy they make our lives.

They allow us to be lazy shoppers: we bulk buy fresh ingredients first, and decide what to eat for dinner later.

For at least 100,000 years, humans have been able to make fire, but the skill to make cold is a modern technique.

Only in the last 200 years have humans learned how to make things cold.

Prior to that, if you lived in a hot climate, you simply never experienced cold. You drank warm drinks, fresh food could not be preserved, and without the luxury of air conditioning, the only way of keeping cool was a hand-held fan.

For most people used to living in a cooler climate, visiting places with this kind of heat would be extremely uncomfortable.

Frederick Tudor, a young man from a rich family in Boston, once visited the Caribbean [estimated year – 1800], and he found it unbearably hot.

He was then seized by an idea, how about shipping ice from New England [by the coast] to the Caribbean?

Rather than traveling back to his comfortably cool home in Boston and never returning to any hot states again, he thought about how he could bring something cold to hot places, a resource that was free and in abundance during winter: ice.

Mind you, at that time, there were no refrigerators. By ice, he meant going to a frozen areas near the coast, cut it out and ship it to hot area. 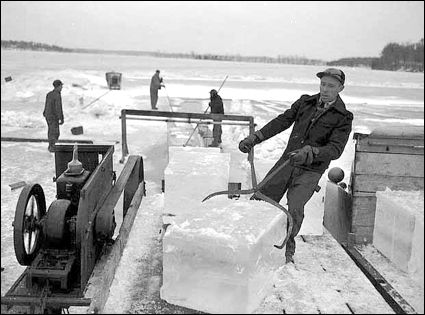 After many attempts of shipping ice over and gradually overcoming challenges of transportation and storage [blocks of ice melt slowly so it was possible to move them even without too many innovations], he slowly began to push up some demand.

People in the Caribbean began developing an appetite for iced drinks.

While Tudor nearly went bankrupt through the process, his fortunes changed by the end and he ended up a multi-millionaire.

Frederick Tudor’s hardships taught him that big ideas that change the world typically do not happen in a single “Eureka!” moment.

Instead, they come from putting together many idea fragments over time, a concept Steven Johnson calls the “slow hunch.” Tudor’s hunch and persistence finally paid off.

From people being unable to control when and what they ate, to having the pick of any food they want, Frederick Tudor’s ice transportation method revolutionised the food industry! So think about that the next time you grab an ice cream from the freezer.

A man who has drank his drinks cold at the same expense for one week can never be presented with them warm again. – Frederick Tudor 🙂

Source and thanks to: How we got to now by Steven Johnson

PS: Africa has a lot of sun, how about capturing the energy from the sun, storing it and selling it to continents that has limited clean energy. Not a new idea, but something that should be done abundantly in the continent.