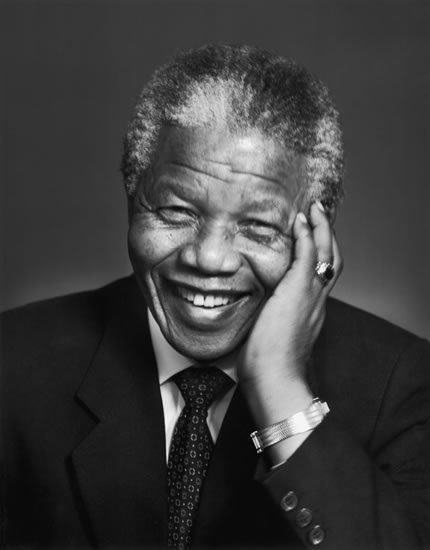 One of my memorable lessons on humble leadership is the story told by Martin Kalungu-Banda in his book: Leading Like Madiba: Leadership Lessons from Nelson Mandela.

Here is a short story that illustrates the true spirit of Sawubona beyond just seeing you:

Mandela invited a successful businessman named Peter to have breakfast with him at his house.

On the day of their appointment, Peter dressed in his best asked one of his company drivers Dumi, to take him to Mr. Mandela’s home.

To Peter’s amazement, his host, Mr. Mandela was waiting for him in the parking lot.

Peter recalled: “I felt both extremely elated and and humbled that Mr. Mandela was waiting outside for me.”

He warmly greeted Peter and the driver and then gestured that they enter the house.

However in the traditional way of corporate behaviour and protocol, the driver retreated quietly and remained in the car.

Just before they started eating, Mr. Mandela seemed to be missing something.

He asked: “Peter, I thought there were two of you.”

Mr. Mandela: “What about the other gentleman?”

Peter: “No Sir, that one is just a driver, he will wait in the car.”

At that point Mr. Mandela stood up and went out to where the driver was, he introduced himself to the driver and asked him to join them for breakfast.

Mr. Mandela then walked to the kitchen and said to the chef: “Dumi is joining us for breakfast, can we have another plate please?”

Peter never forgot what Mr. Mandela did, and never did Dumi.

The future of leadership is when leaders learn to see the personalities that lies behind these seemingly humble titles of drivers, guards and servants.

When the people in those jobs feel appreciated, they perform their tasks much better.

Sawubona is about seeing and acknowledging everyone, not just the so-called important people, but everyone.

Sawubona is going a step further than just seeing and acknowledging people, it is also about treating them with the values of humanism they deserve.

Nothing leaves a person better like being respected and valued by others.

Great leaders leave people feeling respected and valued, the great news is that you don’t have to wait to be a great leader to care about people, you just have to make the decision to do it.

At Lora Academy, we have a short online programme on leadership that will help you to level up and improve your leadership capacity. Use the dead time of the lockdown to be learning time.

The programme starts on starts on Saturday, 13 February and it is online. Register now.

Looking forward to seeing you in ‘class’ soon 🙂