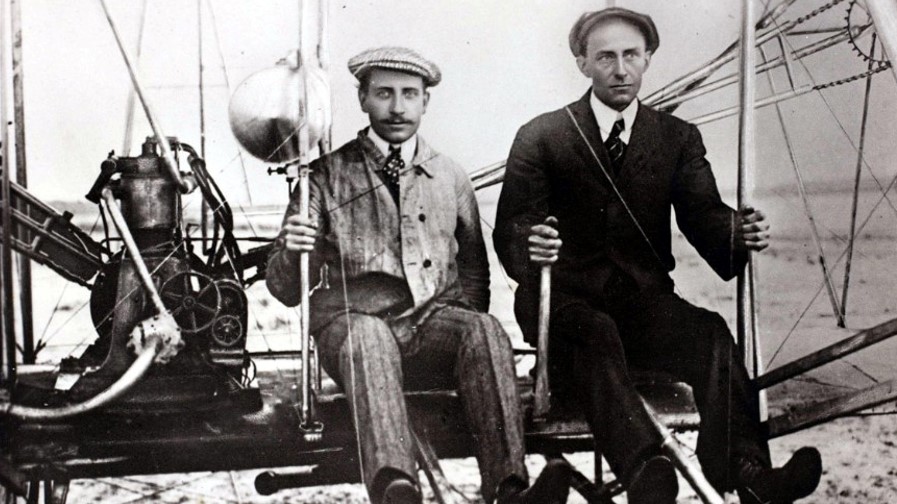 After initial successes with a printing press and an aerodynamic bicycle, Wilbur Wright became interested in flying machines.

He requested the Smithsonian museum for all materials on flying machines.

The more he read, the more he believed his brother and him could be the inventors of flying machines. However, the others in the field were experts who had an enormous head start.

The favorite was a team led by Samuel Langley, secretary of Smithsonian institution, funded by the government.

But, while all the other inventors focused their energy working in laboratories building powerful engines to get the machine in the air [versus keeping it flying], the Wright brothers focused on gaining real flying experience.

They developed a feel for the product by spending most of their time testing their designs out.

They frequently crashed, iterated based on user, i.e. their, feedback and kept getting better.

They, then, built the three-axis control around the mental model of a pilot as a bicyclist who would learn to balance the aircraft with practice.

The rest, as they say, is history.

They were likely among the first product managers who used the agile methodology / lean approach to building products.

Key to the Wright brothers success was that their competitors over-valued stability and tried to design wings in a V-shape to compensate for gusts of wind. But, Wilbur decided to think in terms of a bicycle, inherently uncertain but dependent on the rider.

The pilot had to learn to work with the wind. = paraphrased from Mastery by Robert Greene.

They didn’t have a big budget, no highly skilled intellectuals, no media backing, no influential friends.

They started small, using proceeds from their bicycle shop, alone, no media fanfare.

They learned faster than anyone. The iterated and build this flying object one crash landing at a time.

What the Wright Brothers knew very well is that if you cannot fail, you cannot learn.

The took 4 spare parts of each flying component each day when they left for experimenting because they will knew in advance that they are going to fail.

In the Lean Startup model, an experiment is more than just a theoretical inquiry; it is also a first product.

Source and thanks to: Mastery by Robert Greene

2 thoughts on “The Lean Startup: The Wright brothers”