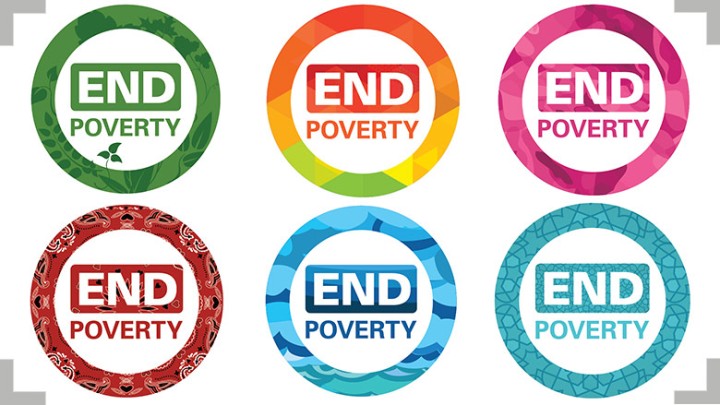 According to new data released by Stats SA, poverty is on the rise in South Africa.

The latest “Poverty Trends in South Africa” report shows that, despite the general decline in poverty between 2006 and 2011, poverty levels in South Africa rose in 2015.

The figures are calculated using the upper-bound poverty line (UBPL) of R992 per person per month (pppm) in 2015 prices.

This translates into over 30,4 million South Africans living in poverty in 2015.

30,4 million out of 55 million South Africans are trapped in poor conditions.

While the recent increase in the headcount is unfortunate, the country is still better off compared to the country’s poverty situation from a decade earlier, when it was estimated that close to two-thirds of South Africans (66,6% or roughly 31,6 million people) were living below the UBPL in 2006.

We hardly talk about poverty… because it is not a sexy topic.

We hardly write about it because those who can and should are too detached from it.

Poverty is like a plague that is to be avoided at all costs, those who escape it, don’t want look back to pull those they left behind out.

A life lived in poverty is a struggle, an everyday struggle.

Imagine spending a day without shoes, just one day. Not at the beach during your vacation. People spend years without shoes.

When we write or talk about poverty, those who don’t want to hear about it reacts by saying we are romanticizing it.

Poverty is real and is a serious problem.

But how do we solve the issue of poverty?

How do we get rid of it?

In his TEDxGaborone talk, Efosa Ojomo, a research fellow at the Clayton Christensen Institute for Disruptive Innovation:

“The eradication of poverty is not the same as the creation of prosperity.”

Basically encouraging us to focus on the latter.

He gives an example that you don’t to school not to get an F, but you focus on getting an A.

Changing how we frame the problem, changes how we approach it.

How do we then approach this problem.

Firstly we know what South Africa doesn’t suffer the lack of resources. I mean to hosted a successful World Cup, *Phillip was here in 2010.

We can use the resources we have to give out social grants, which will make poverty bearable to millions of poor South Africans, but not solve it.

Or we can invest in innovations, disruptive innovations that will result in solving social problems, providing affordable, accessible goods and services to the people and creating jobs.

Giving out social grants, even though noble, does not eradicate poverty, it maintains it.

You can give people resources [social grants] or you can create an environment where they can invest their limited resources in their businesses and innovations so that they can provide their own resources [profits, salaries, wages].

The focus on the latter process leads to developing innovations that people can pull into their lives to help them make progress.

The question that we should focus on is: How can we create and support more entrepreneurs and innovators in poor communities, how to eliminate the stumbling blocks in the process?

There is a positive correlation between having more entrepreneurs in a society and the prosperity of that society.

*Phillip is slang that came out of “Feel it, it’s here” The slogan that the FIFA World Cup has arrived in South Africa, it is here.