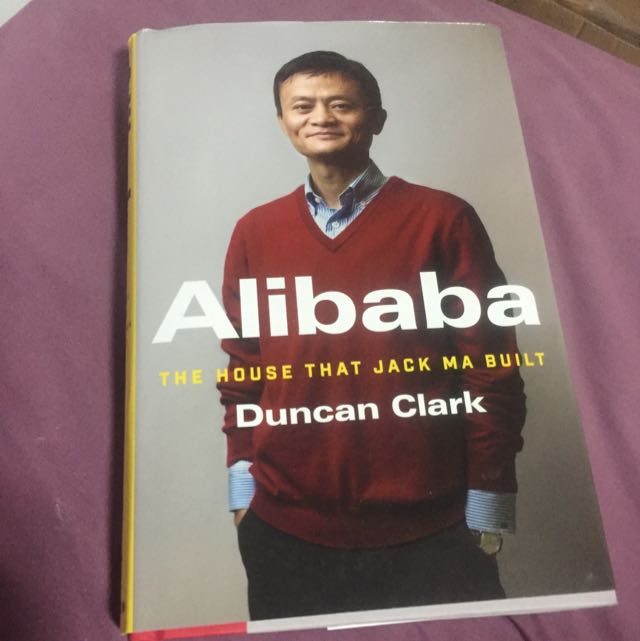 This is a good book. I loved it. I didn’t know much about Jack Ma except that he is one of the wealthiest if not the thee wealthiest entrepreneur in China.

This book is an engrossing, insider’s account of how a teacher built one of the world’s most valuable companies, rivaling Walmart & Amazon, and forever reshaped the global economy.

In just a decade and half Jack Ma, a man from modest beginnings who started out as an English teacher, founded and built Alibaba into one of the world’s largest companies, an e-commerce empire on which hundreds of millions of Chinese consumers depend.

A Rockefeller of his age who is courted by CEOs and Presidents around the world, Jack is an icon for China’s booming private sector and the gatekeeper to hundreds of millions of middle class consumers.

The books takes you though what it is like starting and running a business in China. I was quiet surprised that at some point in history being an entrepreneur in China was outlawed. You would be arrested for running a free enterprise.

Back in the day, some entrepreneurs would go to meetings, with teeth brushes in their jackets in case they were arrested by the police at the meetings for being entrepreneurs.

China is a huge market. This book paints a clear picture of how massive this market is. Chinese people are hard working, this may stem from their extreme poor background.

Jack Ma not only comes from a modest background, he was not one of the smartest students in class. He failed to gain entry into university four times because he could make the required marks, but despite all these disadvantages, he managed to managed one of the biggest online stores in the modern economy.

He is an interesting person, funny and very unassuming. His favourite movie and character is Forrest Gump. He keeps referring to some of the quotes from the movie as his life-lessons.

An awesome book even though in some chapters is goes on an on about eBay and other online stores, you even forget that this is a book about Jack Ma and Alibaba.

Otherwise an awesome read for entrepreneurs, and those who are into technology, especially those who want to get into online stores.

I like Jack Ma, he comes across as a human being, not these cut-throught, ruthless entrepreneurs whom we are made to believe are what defines success in business.

Quotes that stood out for me:

One thought on “Book Review: Alibaba: The House That Jack Ma Built by Duncan Clark”