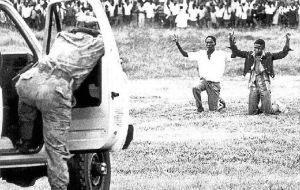 Today marks the commemoration of June 16, 1976. This is the day where young people from Soweto (township located south of Johannesburg) protested against the use of Afrikaans language as a medium of learning in their schools.

The tragic events of this day marked one of the turning points in South Africa’s struggle and defeat of apartheid.

The State of Youth Entrepreneurship

Youth unemployment and under-employment have become key concerns for both the developed and developing world.

It is imperative that effective solutions regarding the youth unemployment crisis, as well as any other issues facing the youth as a grouping, are addressed, as these issues are not only going to affect young people who are currently in the 15 to 34 year old bracket. The issues will be compounded as the 15 million young people under the age of 15 years complete their schooling and wish to join the labour market in search of a sustainable livelihood.

The rate of potential youth entrepreneurs in South Africa is substantially below the average for sub-Saharan Africa (60%).

Some of the key challenges facing new as well as established youth-owned businesses includes high operating costs (including red tape and stringent labour regulations), corruption/bribes, limited access to technology and internet and high competition (50% of youth businesses are in the retail sector, which can offer low barriers to entry with respect to start-up capital and the level of business skills).

Some positives relating to youth entrepreneurs in South Africa are:

While sub-Saharan Africa, as a region, may have a considerably higher youth TEA (Total Entrepreneurial Rate) rate than South Africa, only 17% of these businesses offer employment for more than one employee and they therefore add relatively little to job creation.

This negative perception of owning a business needs to be changed. The media should be more active in promoting successful young business owners.

The media coverage is important in local, provincial and national newspapers, as well as radio. It is important that young people have a realistic understanding of the amount of work required to start a business, as well as the potential rewards the business could offer.

The only way we can create jobs is to create an environment for business. Small business matters. It should matter that young people set up their own businesses.

In his theatre play Missing, John Kani says “We fought for freedom but they gave us democracy.” It is clear that freedom and democracy are not necessarily the same. But I believe that through democracy, the challenges the youth face can and should be dealt with.

The sacrifices that Teboho “Tsietsi” MacDonald Mashinini, Hector Pieterson and other young lions made in 1976, gave rise to opportunities for other young people today to start businesses and create jobs.

Luvuyo Rani, Lucas Moloi, Antonitte Prophy, Lere Mgayiya, Neo Rantele Kuaho, William Seyama, Mosepidi Molokomme are some of the examples of young people (well they may not be that young now) that have taken opportunities presented by democracy to create freedom (through their businesses) not only for themselves but for other young people as well.

The generation of Mashinini et al was that of fighting and defeating apartheid. The generation of 2015 should be one that fights unemployment, poverty and inequality. We are in the new revolution, the StartUp Revolution where those who will make change will be those who pick themselves up. Those who start their own initiatives and make change that matters.

We are where we are today because of the ‪youth‬ of 1976 that fought for political emancipation. Democracy in South Africa today is the aftermath of blood,sweat and tears of the young lions of 1976.The next challenge is economic emancipation which remains just a dream to many.

Frantz Fanon said in his book The Wretched of the Earth that “Each generation must discover its mission, fulfill it or betray it, in relative opacity.”

The Legacy of June 16

Others can better write about the youth of 76’s impact in South Africa, on how they stood up for the dignity of all young people and on how they changed our world.

For those that seek to make a change in the world, whether global or local, one lesson to learn from the Youth of 76 is this:

You can make a difference.

You can stand up to insurmountable forces.

You can put up with far more than you think you can.

Your lever is far longer than you imagine it is, if you choose to use it.

If you don’t require the journey to be easy or comfortable or safe, you can change the world.

Aluta continua, it’s not yet uhuru‬.