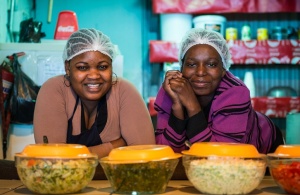 The Global Entrepreneurship Monitor (GEM) report for 2013 has been released and having read it, I thought I will summarise some of the highlights of the report (with more emphasis to sub-Saharan Africa economies):

• GEM (Global Entrepreneurship Monitor) study represents over 75% of the world’s population and 90% of world’s total GDP.

• Efficiency-driven economies are driven by industrialisation and an increased reliance on economies of scale, with capital-intensive large organisations more dominant.

• Factor-driven economies are dominated by subsistence agriculture and extraction businesses, with a heavy reliance on (unskilled) labour and natural resources.

• Among the factor-driven economies, the sub-Saharan African economies have the highest TEA rates, especially Zambia and Nigeria with 39% of the adult population (18-64 years old) involved in early-stage entrepreneurial activity.

• In the efficiency-driven group, the highest TEA rates were found in the Latin American and Caribbean economies, while lower levels were reported in MENA and Europe.

• Trinidad and Tobago and the United States showed the highest TEA rates among the innovation economies.

• Entrepreneurs do indeed experience higher levels of job satisfaction than employees. Empirical research suggests that this is because they value the independence and lifestyle flexibility of running their own business

• Sub-Saharan African rates of female early-stage entrepreneurship are comparable to their male equivalents. Notable cases are Ghana, Nigeria and Zambia which exhibit more participation of women than men.

• 47% of individuals in the Sub-Saharan economies also exhibit having intentions to start businesses.

• Only 37.9% of South Africa’s population (18 – 64 years) perceives entrepreneurial opportunities to exist in the country.

• Only 42.7% of people in SA perceive to have entrepreneurial capabilities.

• However South Africa ranks lower than other African countries in terms of Total Entrepreneurship Activity (TEA).

• The establishment rate for South Africa is 2,9% and the discontinuance rate is 4.9% which means South Africa’s economy is losing entrepreneurs more than it is establishing them.

• In the Sub-Saharan region, people between 25 & 35 years are the biggest (32%) group engaged in early-stage entrepreneurial activity.

Below is the link to the full GEM 2013 report:
http://gemconsortium.org/docs/download/3106